Global leading airline Korean Air to become the world's most prestigious airline through change and innovation.

Since Korean Air was privatized by Hanjin Group in 1969, it has contributed to the national economy and enhanced customer experience through its constant efforts and determination to pioneer new routes throughout the world. These efforts have resulted in Korean Air’s hosting of the 75th International Air Transport Association’s Annual General Meeting in the year of its 50th anniversary, a milestone that has raised the status of Korea’s aviation industry.

With more than a half century of history, Korean Air goes forward and prepares for a brighter future as a respected leader in the world airline community. It is exerting all efforts to expand its global network, improve services for customers, and enhance Korea's national prestige worldwide.

Korean Air will continue its efforts to further realize its mission, "Excellence in Flight," through a flexible and challenge-oriented corporate culture based on an exceptional operations system. As a global leader in the world aviation industry, Korean Air will pursue sustainable development by communicating with its customers and promptly responding to market changes. 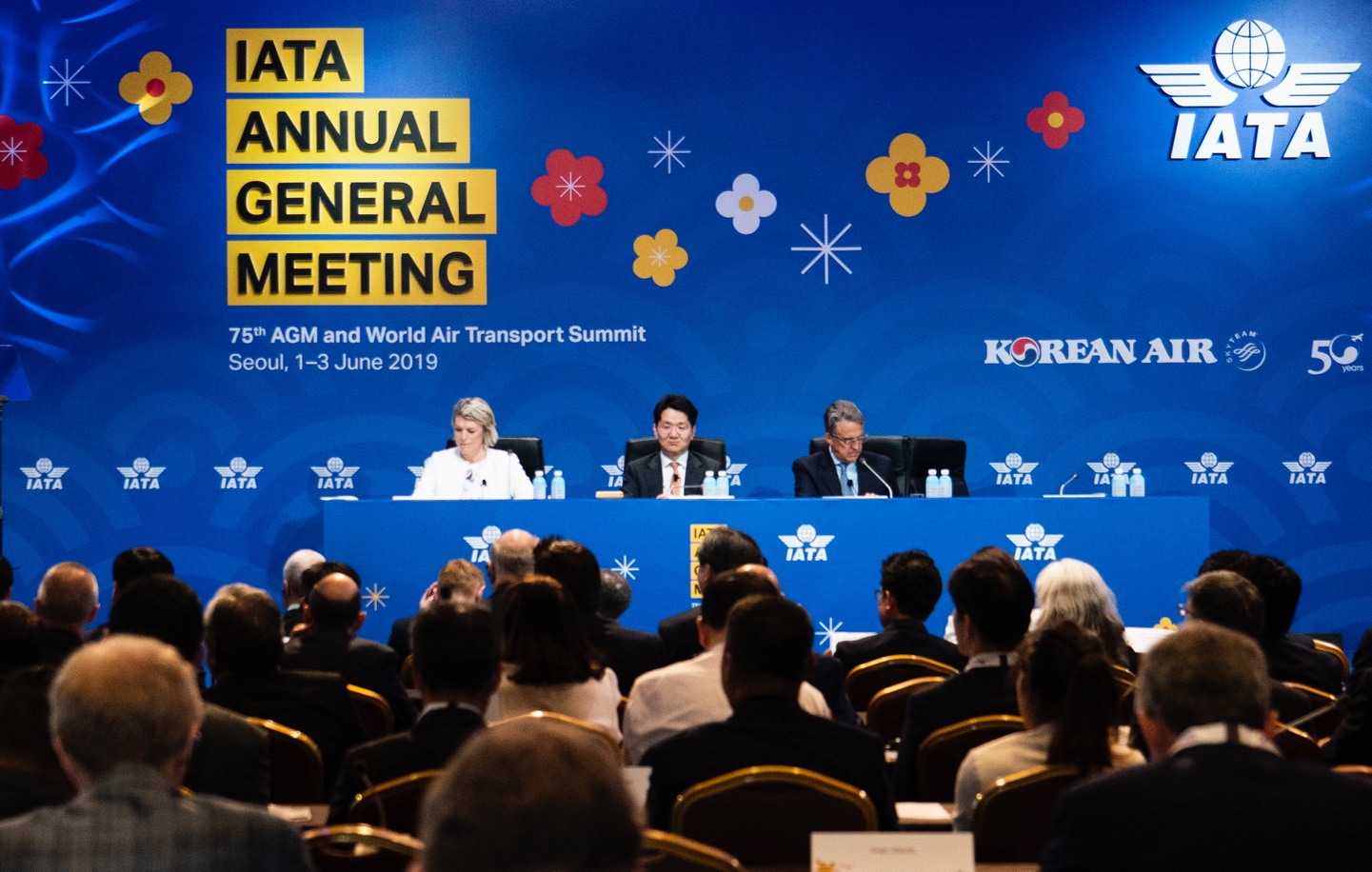 As of August 2022, Korean Air has a modern fleet of 155 aircraft and flies to 120 cities in 43 countries, including 13 domestic cities. Also, as a founding member of SkyTeam, a global airline alliance with 19 members, Korean Air is doing its best to provide more benefits to all of its customers. 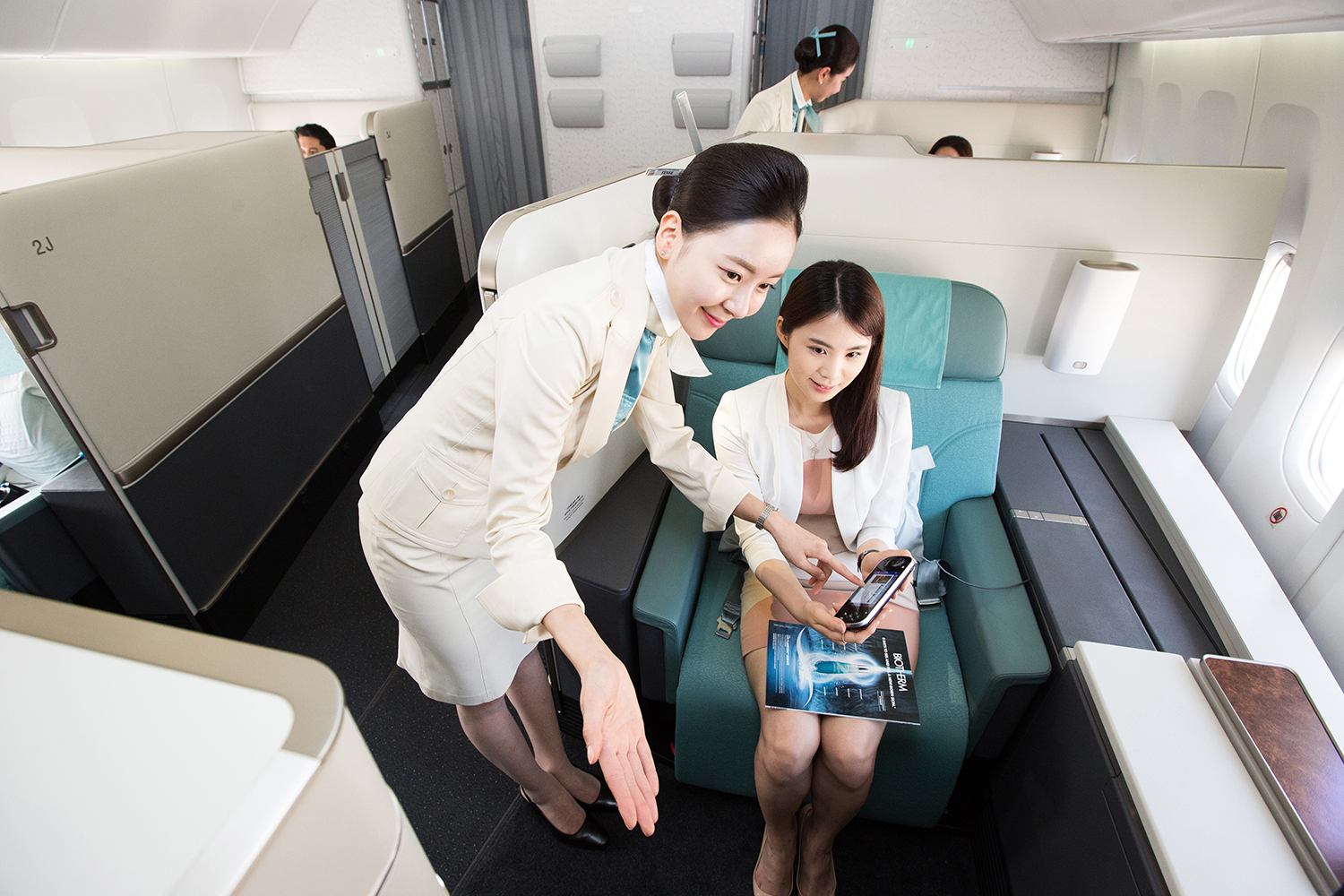 Korean Air’s joint venture with Delta Air Lines, which was launched on May 1, 2018, has brought increased competitiveness to the two airlines in the trans-Pacific market through increased capacity and enhancement of transfer convenience at Incheon International Airport as well as major joint venture hub airports in the United States. Korean Air is doing its best to improve the quality of service in all stages of the customer journey.

In order to respond more quickly to the age of digital transformation, Korean Air began to transfer its entire IT system to the cloud; it was the first Korean conglomerate and first major global airline to do so. Accordingly, the airline plans to apply various digital technologies such as artificial intelligence, big data analytics and Internet of Things (IoT) to its services to enhance customer experience. In addition, the company continues to create sustainable values by strengthening its IT-based competitiveness through introducing state-of-the-art systems in the areas of air cargo, passenger demand forecasting, etc. 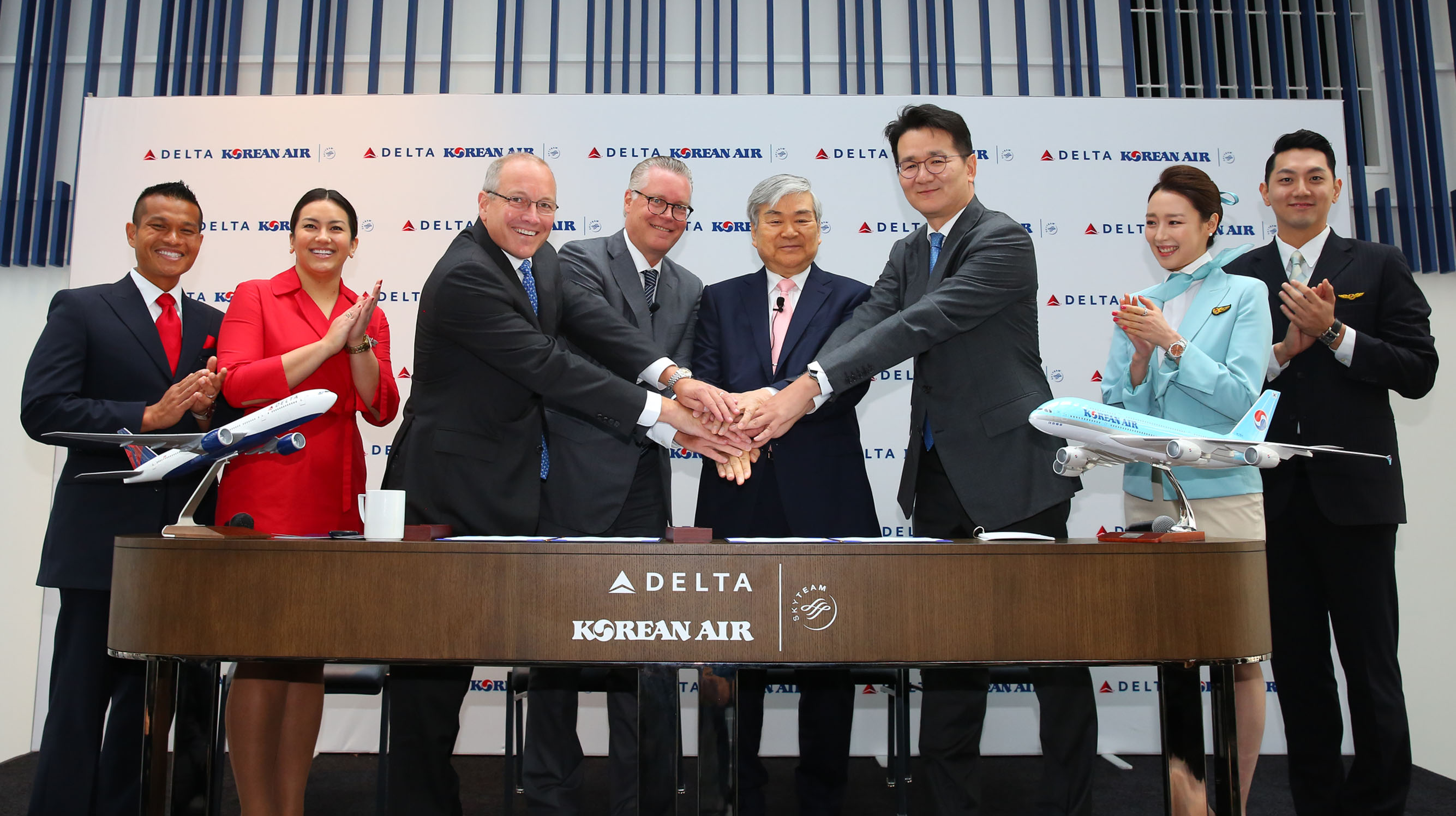 Korean Air engages its neighbors as it carries out a diverse range of corporate social responsibility activities. It has introduced Korean language information services to some of the world's leading museums, including France’s Louvre Museum and Orsay Museum, Russia’s Hermitage Museum and the U.K.’s British Museum, promoting the Korean language to the world and enhancing the pride of the Korean people. Korean Air also runs the “Excellence Program” through which it sponsors people who have raised Korea’s status in culture, arts or sports. The airline also carries out disaster relief activities by providing relief goods to places that have been hit by disasters such as earthquakes or floods. As an official partner of the Pyeongchang 2018 Olympic and Paralympic Winter Games, Korean Air also provided generous support for the successful hosting of the Olympic Games. 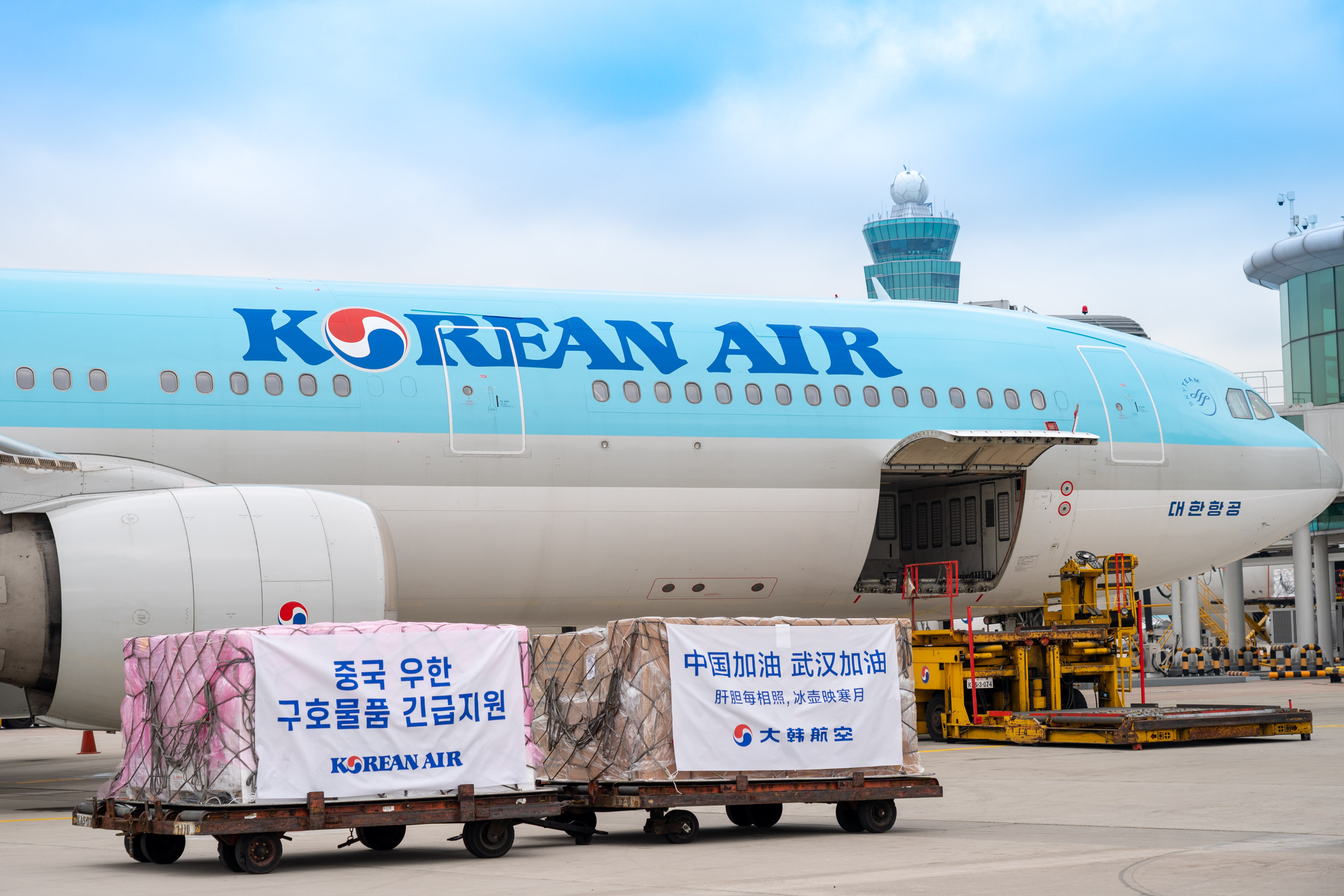